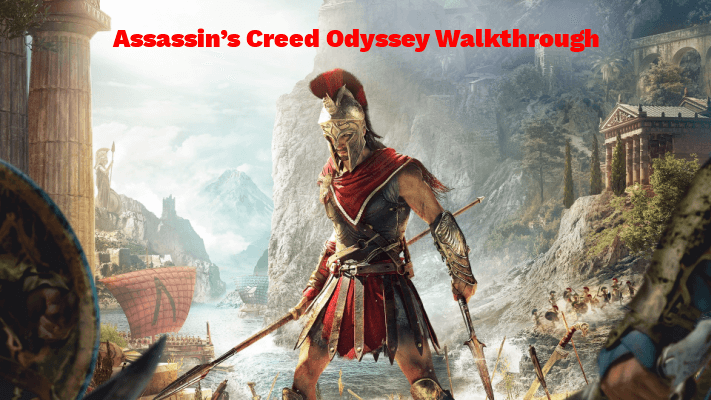 Are you thinking about having a fantastic video game experience? Then, Assassin’s Creed Odyssey could be the perfect choice for you. Well, what’s so special about this game? You will get the answer in this guide.

Assassin’s Creed Odyssey is one of the most loved action role-plays video games right now. This game was developed by Ubisoft Quebec as the 21st part of the Assassin’s Creed series. Released in 2018, the designers of this game were JordaneThiboust and Julien Galloudec.

Assassin’s Creed Odyssey was released on multiple platforms including Play Station 4, Microsoft Windows, Xbox One, Nintendo Switch, and Stadia. With a mythological and historical background, this game has become very popular among players due to the amazing gameplay, graphics, characters, and story.

If you are ready to have this amazing experience, then you need to follow some guidance about this game, especially if you haven’t played any game from the Assassin’s Creed series. In this article, we will cover the system requirements, mods, and cheats of this game. Let’s find out:

What is Assassin’s Creed Odyssey?

As we mentioned before, Assassin’s Creed Odyssey has a mythological plot that is set in the years of 431 to 422 BC. The plot of this game is Peloponnesian War that is held between Sparta and Athens.

The special thing about this game is it gives more fantastic experience on role-playing than the previous series. It comes with dialogue options and multiple endings. There are two main characters; Alexios and Kassandra. You can choose one of them in this game.

This game has a skill tree system, so you will be able to unlock new abilities. This game comes with an interesting story and gameplay. Moreover, players can participate in large-scale battles. On the other hand, players can generate relationships that have non-playable characterroles in the game.

This game features multiple historical people including Democritus, Hippokrates, Plato, Phidias, Aristophanes, Sokrates, and more. Moreover, this game has mythological greek locations including the Odeon of Athens, the statue of Zeus at Olympia, Lesbos, Naxos, and Kephallonia.

Finally, you know the overview of Assassin’s Creed Odyssey. If you have made your mind to play this fantastic game, then you need to know about the minimum and recommended requirements. This is why we are covering the system requirements of this game below:

For a new player like you, it could be difficult to find Assassin’s Creed Odyssey mods. This is why we are covering some best modes of this game that can make your gameplay a lot easier.

Apex Reshade is one of the best mods of Odyssey. This mod has some beautiful places including the sea, meadows, and the beach. You have to reshade the sky and ground to get a better graphic.

As the name says, story creator is a fantastic mod of this game that helps you to create stories. If you want to get a purpose attached to the gameplay, then you can use story creator.

People like to choose Kassandra as the main character than Alexios. This is why Young Alexios could be a good mod if you want to choose Alexios as he comes with a more presentable look.

God Mod is one of the most favorite mods among players. When you are reaching this mod, you will be so powerful. This way you can kill enemies with single strikes.

These are the most popular cheat codes in this game. Make sure to implement them while playing this game.

Odyssey is a great game for a beginner. With the attractive graphic, gameplay, story, and characters, this game can give you the best experience. Moreover, Assassin’s Creed Odyssey one of the best games in the Assassin’s Creed series. Overall, the mythological history plot gives this game another height.

Finally, you know all about the Assassins Creed Odyssey game. If you want to play this game, make sure you have the minimum system requirements. Also, don’t forget about implementing the cheat codes while playing.

How long is Assassin’s Creed Odyssey?

This single-player video game’s main story is around 43 hours long with 586 polls. If you are playing extra, it will take up to 85 hours.

There are three different horses in this Assassins Creed Odyssey game. You can pick any horse as its functions are the same.

Where is the arena in Assassins Creed Odyssey?

You will find the arena on the far east corner of Pephka. You can also find it on the top of the pirate point.

Assassin’s Creed Odyssey she who controls the seas?

The pirate queen Xenia controls the seas in this game. 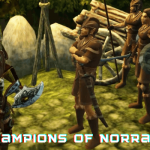