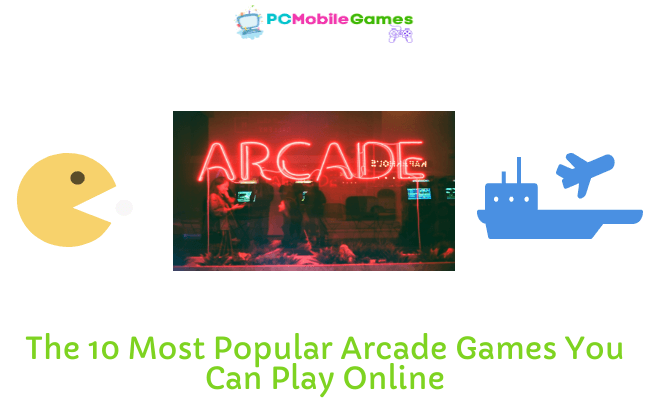 The 10 Most Popular Arcade Games You Can Play Online

Arcade games are a blast from the past, and not just because of the old-school aesthetics. These arcade games are among some of the most popular arcade games you can play online, with major classics like Pac-Man and others. It’s a great way to spend time with friends when you want to take a break from Bingo games and those stupid Facebook quizzes.

The arcade is not dead; it never will be. It’s the very reason we are all still here to play games and that our eyes still light up at the sound of Candy Crush commercials. So, put on your nostalgia goggles and enjoy one of these 10 most popular arcade games online.

The original arcade king of munching, Pac-Man became a worldwide phenomenon and helped Atari recover from a lagging product cycle that left it out of its own industry spotlight. The protagonists are the titular Pac-Man and his ghostly nemeses the Ghosts (originally known as “Inky”, “Blinky”, “Pinky”, and “Clyde”).

The player controls the eponymous protagonist who must traverse a maze, consuming all of the wafers within while avoiding being caught by any of four ghosts who chase after him.

This simple premise keeps the gameplay engaging, as the ghosts can be defeated only by being eaten. Over the years, Pac-Man has evolved into a series of sequels, spin-offs, and reissues of which there are currently 27.

Street Fighter is a fighting video game franchise created by Capcom, known for its 2D fighting games featuring characters from a variety of media in an action-based format. The first game was released in 1987 in arcades with several ports and numerous sequels since then.

Street Fighter is considered to be Capcom’s flagship franchise after Resident Evil. Street Fighter debuted in arcades in 1987 and was ported to the Nintendo Entertainment System in 1988, where it became an instant hit.

Street Fighter II: The World Warrior, the third game of the series, was released to critical and commercial success. It sold over 25 million copies worldwide, becoming Capcom’s best-selling game. As of 2017, the series had earned more than $10 billion in revenue.

Long before the successful reboot film, Mortal Kombat paved the way for video games that include movie stars with their gory fatalities and incredible choreography. This blood-drenched fighter is where it all started — serving as inspiration for many other franchises today over at NetherRealm Studios and Warner Bros.

The original Mortal Kombat is set in the fictional realm of Outworld as a five-on-five tournament between the warriors of Earthrealm and Outworld, with each player controlling one of these characters. Each player can freely move about and interact with the other figures on the screen.

One of Nintendo’s earliest hits was this Donkey Kong arcade game, which was originally named “Monkey Kong” until 1982 for reasons unknown but possibly to avoid trademark issues across Europe with King Kong (the arcade cabinet artwork still shows the title as “Donkey Kong”).

The main character, Jumpman, is portrayed as a carpenter on a construction site, who must climb to the top and rescue his girlfriend Pauline from the clutches of Donkey Kong (then named “Jumpman” in Japan).

Space Invaders, as its name suggests, is a shooter video game released in 1978. The main enemies are aliens that move downwards at a constant velocity along the bottom of the screen.

Shooting one causes another to appear at a higher level, with a different color. Once they reach the bottom of the screen, an extra man is added to the player’s counter for every 10 aliens shot – up to a maximum of 255 and thus 5 men. The game ends when the player’s last man is lost by being hit by an alien or shooting himself with his own bullets.

Galaga has been around for many years, but it has only been recently that online versions have appeared. Hold down the fire button and you’ll get a quick and intense arcade action experience with Galaga.

It’s a space shooter game in which you need to shoot down all the flying bugs (called “fleas”) on each level of the maze before reaching the end and saving your beloved princess Helga from being eaten by these same bugs. The player can avoid the fleas by jumping over them with your ship, or they can be shot directly if you don’t have enough time to jump over them.

A missile command game for the Atari 2600, Missile Command was released in 1980 and introduced a new level of difficulty to video games in general. The player controls a soldier who has control over three guided missiles (called “satellites”).

The player must stop enemy missiles from reaching the Earth by aiming and firing their own missiles; the missiles home in on each other while talking about a “frantic, frantic chase” as they travel across the screen, making it challenging to get a proper aim at your targets because they are flashing around so fast. If all three satellites are destroyed before the enemy missiles reach them, then credit is awarded accordingly.

A game known for its simple gameplay mechanics, Dig Dug was one of the first digging games ever created. You control a hole punching miner named “Dig Dug” as he attempts to outwit an invasion of monsters that seek to destroy him and his underground home.

Dig Dug must dig through each level, collecting fruit in order to gain enough power to defeat the monsters and ultimately reach the exit at the end of each level before they do.

Due to being a classic arcade game, Centipede is still played today at parties of friends or family as a fun way to beat boredom or unwind after a long day. Players collect different parts of the Centipede as they dig through each level of this maze-like game.

You can shoot enemies while evading some and shooting others will help you advance to the next level. If you die, then you start over from the beginning of the last level that you cleared.

Asteroids is a classic game that was originally released in 1979 for the Atari 2600. It became popular due to its simplicity as it features only two buttons, allowing free movement of the player’s ship.

The player controls a ship whose goal is to shoot asteroids (the enemy in this game) and avoid being shot by them. Asteroids proved so popular that it eventually inspired countless other games that are based on shooting asteroids and their enemies like Asteroids Deluxe, Asteroids: Space Gun, and asteroids: outerspace. 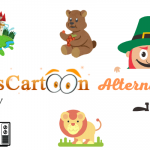 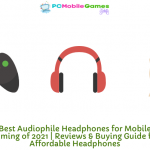